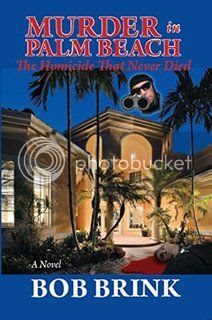 Synopsis: In January 1976, the doorbell rings at the Palm Beach home of a man and his wife who have just returned from a dinner party. He answers and is mortally wounded by a shotgun blast.
Rodger Kriger was a prominent citizen, and pressure on law enforcement to solve the crime grows. Police settle on a charismatic karate instructor named Mitt Hecher, well-known to police for beating people up for money and sport, then question his guilt. But Assistant State Attorney John Scraponia despises Hecher and charges him with murder. A jury finds him guilty, and a judge sentences him to a minimum 25 years in prison. During Hecher’s term at the brutal and anarchic state penitentiary at Raiford, an often-fatal disease strikes his loyal, loving wife. He is devastated. Did Hecher kill Kriger? Some people, including a few criminal attorneys and private investigators, have their doubts. A number of scenarios cast suspicion on other possible perpetrators. Did the sons of a wealthy Cuban do it? Were the operators of a gambling enterprise out to get Kriger? Was a love triangle the basis for the shooting? Did a vicious underworld figure do the bidding of a criminal gang? Was a prominent politician behind the slaying? Judges repeatedly frustrate Hecher and several attorneys working, without fees, to get a new trial for him. Will they ever succeed? If those who think he was innocent are correct, will the real killer ever be found? And what will happen to the politically ambitious prosecutor? Murder in Palm Beach is the saga of a battle between a man whose swagger has sent him spiraling to the bottom and powerful, sinister forces determined to keep him there. It is a story of redemption wrapped in a mystery tale reeking with power, sex, violence, and romance.

Review: I was really looking forward to this book based on the blurb. Unfortunately, there was just too much of it for me. What I mean by that is that the reader is given more information than is needed to move the story along.

The writer obviously has a great deal of knowledge about the legal and penal systems, and uses that to make the story very realistic.

I would recommend this to mystery readers who enjoy tales full of procedure and details.

I was given a copy of this book in exchange for an honest review. All thoughts and opinions are entirely my own.

Nice review. I'm actually fairly amazed by how much unneeded 'stuff' is within many novels. But it's a fine line. I realize 'stuff' helps to create a more realistic atmosphere for the reader, but sometimes there is just too much.