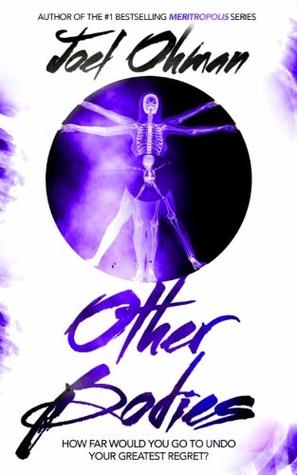 Synopsis: For fans of The Hunger Games, The Maze Runner, and Divergent comes a YA dystopian/light romance with a strong female protagonist who is forced to question everything...
In a world where immersive VR suits distort what is real from what is not, and the AI Personhood Act blurs the lines between body and bot, the choices sixteen-year-old Hattie Martins faces are very personal.Welcome to Hattie Martins' dystopian Philadelphia, where everything is not as it seems...Just as her life is looking up--a new job, new friends, a new date--Hattie discovers not all progress in her beloved, futuristic Philadelphia is for the best. Societal regrets can become personal regrets in an instant. Choices don't always come with second chances, and when they do the cost can be unimaginable. How far will she go to undo her greatest regret? And worse yet, what will she become if it's too late? In a world where bots are equal to bodies, what does it mean to be alive?

What about the other bodies?... In this blistering new young adult novel from the #1 bestselling author of the Meritropolis series, readers will question everything they know about life and reality in a unique dystopian adventure that is equal parts moral dilemma and romance.If you enjoy Veronica Roth, James Dashner, or Suzanne Collins then this is the story of the year you won't want to miss. BUY NOW.*Subject matter includes references to euthanasia, abortion, and teenage pregnancy. There are NO sex scenes and NO curse words. This is a stand-alone book with a complete story from beginning to end. There are NO cliff-hangers and this is NOT a part of a series.*

Review: I chose to read this book mostly just to see how the author was going to deal with such a sensitive subject in a dystopian world. I then had trouble following the story in the beginning (I'm still not sure who was talking in some of the chapters) and came close to giving up on it entirely more than once.

I was disappointed that a supposedly Christian book had little to no mention of God's grace and forgiveness and that it presented the main character as so full of shame and guilt over more than one aspect of her life without ever showing her overcoming those emotions with the help of faith and salvation.

I was even more disturbed by the way the fetuses were used/abused at the Managed Motherhood clinic. Those passages alone made it a book that I would never recommend to the YA readers who make up its suggested audience.

I was gifted a copy of this book in exchange for an honest review, and all opinions are entirely my own.

About the author
Joel Ohman lives in Tampa, FL with his wife Angela and their three kids. His writing companion is Caesar, a slightly overweight Bull Mastiff who loves to eat the tops off of strawberries. Joel is the author of the #1 bestselling Meritropolis series--"The Hunger Games meets The Village with a young Jack Reacher as a protagonist" and the new YA release, Other Bodies. Join the Joel Ohman Reader's Group for FREE giveaways and VIP access to pre-release books, gift cards, and special announcements. Join now at JoelOhman.com!