SYNOPSIS: Visions is a psychological thriller set in rural England. The year is 1985. It’s been 12 years since Eleanor escaped London, discarding the fragments of her tragic past to discover a new life. She is hiding in a remote country village, a place where she truly believes she is safe.

Her neighbor, James Barton-Wells is desperate to save his historic country house from ruin but this has attracted the attention of a wealthy property developer from London whose seemingly altruistic offer to ‘bankroll the restoration’ masks a sinister game plan. Suspicious of his motives, Eleanor consults her friend, Charles Bailey. But Charlie has his own story, fearful that Perry Hampton is the man who undoubtedly destroyed his own life.
The characters are drawn together in a battle to save Westbourne House, oblivious to the menace that surrounds them. Threats, stalking and deception lie at the root of the Hamptons evil. Yet it is not until Eleanor comes face to face with them, she recognizes a deadly enemy from the past.
Can Eleanor unravel the clues that conceal an evil crime committed in the 70s? This book will draw you into a world of suspense with shocking psychological twists you will never see coming…
Purchase on Amazon - http://apn.to/prod/B00EPDN41U


REVIEW: This is the second book in the series, and takes place over a decade after the first. This story is slower paced than the first, allowing for deeper character development and slow-building suspense and drama.

Eleanor and her son Eli have built a decent life for themselves in the English countryside. While Eleanor stays on guard, she hopes they have put all the danger of the past behind them. Unfortunately, her friend James Barton-Wells has financial problems and becomes involved with someone who can change all of that in an instant.

While the ending is not a cliffhanger, it does leave the door open for the next installment of the series. I for one will be anxiously waiting for it to be available. Helen J. Christmas lives on the south coast with her husband. With a love of writing since childhood, she started her decade-spanning thriller series 'Same Face Different Place' in 2011 and published her debut novel, 'Beginnings’ in 2012. Visions was the second book of the series and published in 2013; a suspense novel which explores British culture and social history in the 80s as well as the most evil traits people are capable of. The 16th Century cottage in which Helen lives with her husband (restored in 1991) provided endless inspiration for Visions, along with some very special places in Sussex that she loves. Writing is something she fits around her family and social life. Helen is a self-employed web designer and works from home with her husband, Peter. They enjoy the company of a faithful border collie and a beautiful white cat, though Helen confesses to having dreamed up many of her storylines, whilst walking Barney around the nearby beach and park. Win a signed copy of Visions (UK Only)
*Terms and Conditions –UK entries only welcome.  Please enter using the Rafflecopter box below.  The winner will be selected at random via Rafflecopter from all valid entries and will be notified by Twitter and/or email. If no response is received within 7 days then I reserve the right to select an alternative winner. Open to all entrants aged 18 or over.  Any personal data given as part of the competition entry is used for this purpose only and will not be shared with third parties, with the exception of the winners’ information. This will passed to the giveaway organiser and used only for fulfilment of the prize, after which time I will delete the data.  I am not responsible for despatch or delivery of the prize Synopsis: With Easter only a week away, Zoe is pulled into a dangerous game after Zak is kidnapped and the person who kidnapped him, a rival from the past, challenges Zoe to a game referred to as The Sleuthing Game. Zoe is told that the only way to gain Zak's freedom is to not only play the game but to complete all the challenges in the time allotted. If she fails, Zak will die. Zoe had promised herself that she would retire from sleuthing now that she had an infant to care for and protect, but the stakes are high, so she leaves the kids with Ellie while she and Levi set out to conquer the game. Along the way, they get help from old friends who want to ensure that Zak is returned home safely to his family.

Review: This series takes a slightly darker turn in this book, at least in the first half. The tension runs high as Zoe and company try to solve a variety of tasks in time to save Zak's life. I found myself holding my breath at times, wondering how the tasks would play out.

The second half of the story is more of a typical Zoe mystery as they try to determine who kidnapped Zak and why. Zoe is learning to spend more time on the sidelines of investigations, letting others take the lead, and we get to witness how she struggles with that new role. And even without trying to investigate, she still manages to get herself in trouble.

With Eli and Catherine as part of the mix these days (as well as Ellie's surprise announcement in this book), there is no doubt these families will continue to have amazing adventures together for a long time to come. Kathi lives with her husband, kids, grandkids, and dogs in beautiful Lake Tahoe. When she isn't writing, Kathi likes to read (preferably at the beach or by the fire), cook (preferably something with chocolate or cheese,) and garden (planting and planning not weeding). She also enjoys spending time on the water when she's not hiking, biking, or snowshoeing, the miles of desolate trails surrounding her home.
Kathi uses the mountain setting in which she lives, along with the animals (wild and domestic) that share her home, as inspiration for her cozy mysteries.
Posted by Teresa Kander at 12:25 PM No comments:

BOOK TOUR AND GIVEAWAY: You Can Lead A Horse To Murder (Secrets Of Sanctuary #1) by Tara Meyers 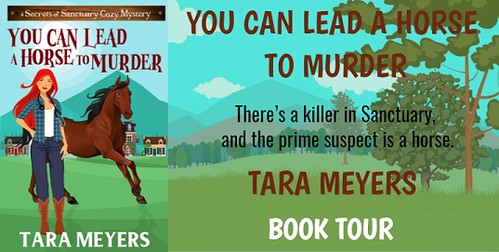 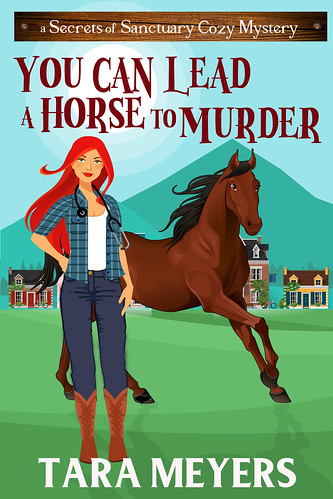 There’s a killer in Sanctuary, and the prime suspect is a horse.

When spirited Ember Burns is led back home to open her own veterinary practice, her first client lands her in the middle of a mystery. It starts as a desire for Ember to clear her name, and turns into a personal entanglement in a rapidly unfolding story of lies and deceit.

The small mountain town of Sanctuary has always had its secrets. Who can be trusted? It’s been ten years since Ember lived there but roots run deep. Discerning friend from foe isn’t an easy task. Relying on her intelligence and instinct, Ember tries to piece the clues together as the town gears up for its centennial celebration.

From the quaint historic shops, to the rugged mountains surrounding them, Ember works to unveil the true culprit before time runs out.


Review: This is a great start for this series. It's set in the small town of Sanctuary, which seems to be a very close-knit place. Ember Burns was born and raised there but hasn't been around for a decade, so people look at her as something of an outsider. Fortunately, she has the support of her Aunt Becky--which she definitely needs when her first call as the town veterinarian lands her in the middle of a murder mystery. Sanctuary has its share of hidden secrets, and Ember discovers that someone wants to keep at least one of them hidden--and is willing to kill to accomplish that.

All of the characters are well-written and fun to get to know, even the ones you may not like all that much. The story develops at a good pace and keeps you guessing with its twists and turns. I look forward to spending more time in Sanctuary soon! 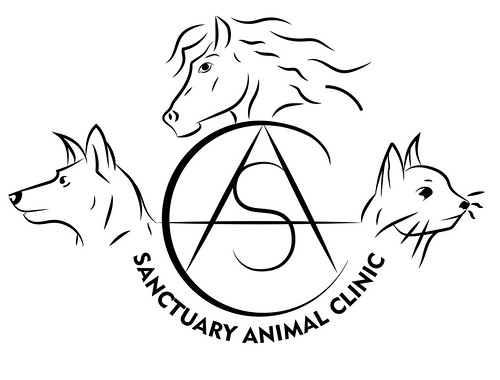 At nineteen, I was recruited into a secret government program, where my memory was erased .. wait -- that's the outline for a potential book. Sorry, my real biography isn't quite as interesting, but I'll give it a shot!

I live in the Pacific Northwest, and when I'm not writing, I'm out beach combing with my dogs for sea glass, or hiking in the rugged Cascade Mountains. It's the perfect backdrop to fuel my creative genius. *rubs hands together evilly*

You'll find all my adult romantic suspense and cozy mysteries on Amazon under Meyers, and on my OTHER profile (secret identity ;)) Tara Ellis, I keep my middle grade and young adult books. Check them out, You might like those, too!

I have volunteered to share my review and all the opinions are 100% my own.


NOW FOR THE AUTHOR'S GIVEAWAY !! 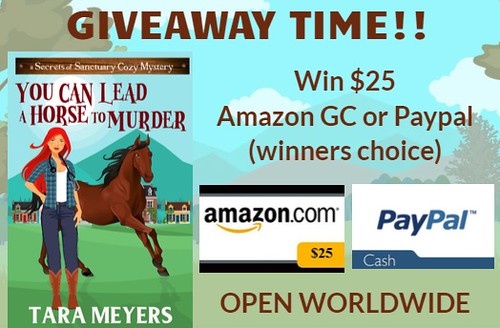