The House On Moody Avenue by Cellestine Hannemann 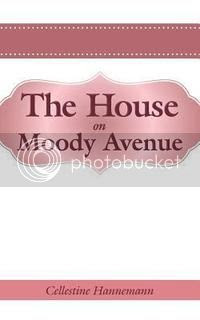 Synopsis: An eclectic assortment of humanity, with all their foibles and failings, lived in the house on Moody Avenue over a period of ninety years. I tell their stories.
Lisette, her unshakable faith sustaining her, is undeterred in the face of adversity; Julia, a social-climbing snob, sees her world crumble when her children marry inappropriately; Clarence, a Casper Milquetoast bank clerk, absconds with a quarter of a million dollars; Frances, a country girl, comes to the big city to marry a rich man; Sammy, a black man, passes for white.Beatnik squatters, high on LSD, burn down the condemned ninety-year-old house, leaving it naught but a precious memory in the hearts of those who once sought its shelter.

Review: This book is supposed to be about the house and its history. Instead, in my opinion, it is a set of disjointed stories about various residents of the house. The first story, about the original owners, is very well-written. Each story after that, however, seems to get less polished and more difficult to read.

Some people may find this an interesting read, but it's just not my thing.

Hi - Thanks for your review. When I read the synopsis, I wasn't sure what to think. Didn't think it was for me anyway because I usually don't read books in which there are several stories incorporated. :)
@dino0726 from
FictionZeal - Impartial, Straightforward Fiction Book Reviews