Daniel X: Game Over, by James Patterson and Neil Rust 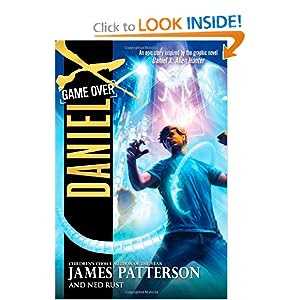 Synopsis: When Daniel X discovers that a duo of evil extraterrestrials is plotting to control kids around the world through videogames, he's determined to take them both out of commission. This pair of wicked game masters wants to destroy the human race by turning brainwashed videogamers into an unstoppable army of doom! They're also running an endangered species hunting club on the side, and their next target is none other than Daniel. He'll have no choice but to turn to the aliens' rebellious son who needs help to stand up to his malicious parents. But can Daniel trust the progeny of this treacherous twosome? Or will it be "Game Over" for the alien hunter?

Thoughts: I started out enjoying this series, but now I'm starting to find it a bit predictable and boring. I can hardly wait for it to be over, honestly!
Posted by Teresa Kander at 7:06 PM No comments: 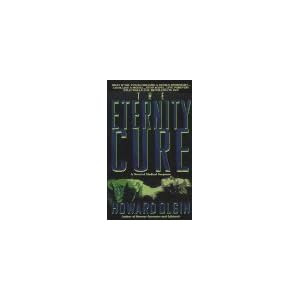 Synopsis:  Dr. Laura Antonelli is at the top of her profession, and things couldn't be worse. Although no one can come close to her skill and innovation in the field of laparoscopic surgery, her difficulties with the bureaucracy of her HMO make it difficult to make ends meet for her and her young son Carlo. Yet, things begin to turn around when she meets the mysterious and brilliant Dr. Colonel Neil Reynolds, an army doctor on the cutting edge of nanorobotics.
With the use of his contacts at Laura's HMO, Reynolds puts new life into Laura's practice, while managing to put a spark into her otherwise lonely existence. However, despite the fact that Neil seems to be a compassionate man who gets along great with her son, Laura begins to suspect he has a dark side. Putting the pieces together, Laura uncovers a plot between Reynolds and Faber, the owner of the HMO, to use the microtechnology as the perfect killing machine. As Laura tries to get to the bottom of the conspiracy, she learns that Neil has implanted one of the nanorobots in her brain, and must race against time to stop Neil before it is too late...

Thoughts: Reminiscent of Robin Cook's work. Kind of scary in light of recent scientific developments, and an ending that I didn't see coming.
Posted by Teresa Kander at 7:02 PM No comments:

Now You See Her, by James Patterson 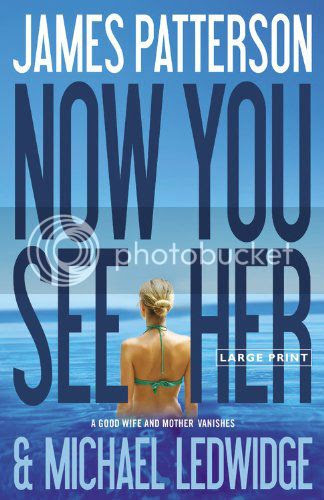 The perfect life
A successful lawyer and loving mother, Nina Bloom would do anything to protect the life she's built in New York--including lying to everyone, even her daughter, about her past. But when an innocent man is framed for murder, she knows that she can't let him pay for the real killer's crimes.
The perfect lie
Nina's secret life began 18 years ago. She had looks to die for, a handsome police-officer husband, and a carefree life in Key West. When she learned she was pregnant with their first child, her happiness was almost overwhelming. But Nina's world is shattered when she unearths a terrible secret that causes her to run for her life and change her identity.
The perfect way to die
Now, years later, Nina risks everything she's earned to return to Florida and confront the murderous evil she fled. In a story of wrenching suspense, James Patterson gives us his most head-spinning, action-filled story yet--a Hitchcock-like blend of unquenchable drama and pleasure.

Thoughts: Another fabulous Patterson novel.  This one had lots of twists, even a few I didn't see coming. Love him for quick reads.
Posted by Teresa Kander at 6:50 PM No comments:

Synopsis: With her knack for being in trouble’s way, Sookie Stackhouse witnesses the firebombing of Merlotte’s, the bar where she works. Since Sam Merlotte is now known to be two-natured, suspicion falls immediately on the anti-shifters in the area. Sookie suspects otherwise, but her attention is divided when she realizes that her lover, Eric Northman, and his “child” Pam are plotting to kill the vampire who is now their master. Gradually, Sookie is drawn into the plot—which is much more complicated than she knows.Caught up once again in the politics of the vampire world, Sookie will learn that she is as much of a pawn as any ordinary human—and that there is a new queen on the board….

Thoughts: This is the eleventh book in the series, and I'm still finding them very entertaining. I've had to learn to view the books and the True Blood television series as two very different entities, however. Otherwise, I drive myself crazy with all the inconsistencies between the two.  I'm still hoping that Sam and Sookie will end up together in the end!
Posted by Teresa Kander at 9:09 AM No comments: 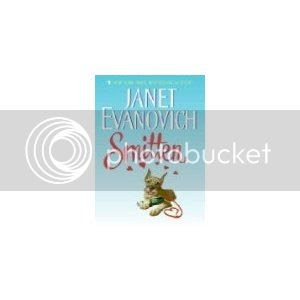 Synopsis: Single mom Lizabeth Kane isn't exactly carpenter material -- she's never picked up a hammer in her life. But she desperately needs the construction job that builder Matt Hallahan is offering. And even though he knows trouble is ahead, Matt can't refuse Lizbeth's irresistible smile.
Matt Hallahan isn't exactly relationship material -- he has always been too busy working on other people's houses to make a home of his own. And even though she knows better, Lizabeth can't stop thinking about the rugged carpenter.
Is the relationship Matt and Lizabeth are building solid -- or more like a house of cards?

Thoughts: I'm a big Evanovich fan, so it was great to discover one of the romances she wrote before she started the Stephanie Plum series. I couldn't help but notice how much Lizabeth and Stephanie have in common in terms of their personalities--and how much I can relate to both of them!  :)
Posted by Teresa Kander at 3:57 PM No comments:

The First Commandment, by Brad Thor 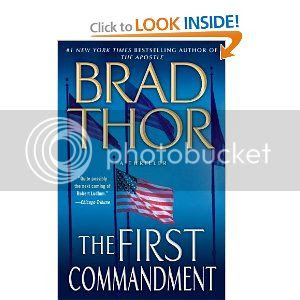 Synopsis:  Six months ago: In the dead of the night, five of the most dangerous detainees in the war on terror are pulled from their isolation cells in Guantanamo Bay, held at gunpoint, and told to strip off their orange jumpsuits. Issued civilian clothes and driven to the base airfield, they are loaded aboard a Boeing 727 and set free.

Present day: Covert counterterrorism agent Scot Harvath awakens to discover that his world has changed violently -- and forever. A sadistic assassin with a personal vendetta is wreaking havoc of biblical proportions. Unleashing nightmarish horrors on those closest to Harvath, the attacker thrusts everything Harvath holds dear -- including his life -- into absolute peril.
Ordered by the president to stay out of the investigation, Harvath is forced to mount his own operation to uncover the conspiracy and to exact revenge. When he discovers a connection between the attacks and a group of prisoners secretly released from Guantanamo, Harvath must ask himself previously unthinkable questions about the organizations and the nation he has spent his life serving.
A renegade from his own government, Harvath will place his life on the line as his search for the truth draws him into a showdown with one of the most dangerous men on the face of the earth.
Brad Thor roars through this nonstop adventure full of international intrigue, twisted betrayals, and ultimate revenge.

Thoughts: My husband introduced me to Brad Thor and his Scot Harvath stories. They are, in my opinion, on a par with James Patterson and his Alex Cross series. I have at least one more in reading stack already this year, and I can hardly wait to get to it!
Posted by Teresa Kander at 10:45 AM No comments: Synopsis: Christianity and World Religions: Wrestling With Questions People Ask explores four major world religions- Hinduism, Buddhism, Islam, and Judaism – and compares the beliefs of each with those of Christianity. This book deals openly and honestly with questions people ask about other religions, including why we should believe the claims of Christianity over those of other faiths. As part of the study, author and presenter Adam Hamilton interviews a religious leader from each tradition. He treats the world religions with great respect, recognizing the unique contributions of each.
In examining these major world religions and the beliefs of their followers, the Reverend Hamilton urges us as Christians to build bridges with others so that we might grow in our faith, seek peace in our world, love our neighbor, and find positive ways to share the gospel.

Thoughts: Even though I've explored all four of these religions on my own, I found this book quite interesting, and learned a few new things.  I'm even thinking of suggesting that our weekly Bible study group consider this as a future study.
Posted by Teresa Kander at 1:25 PM No comments:

The Journey:Walking The Road to Bethlehem, by Adam Hamilton 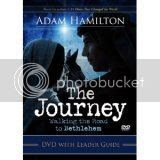 Synopsis: Journey with Adam Hamilton as he travels from Nazareth to Bethlehem in this fascinating look at the birth of Jesus Christ. As he did with Jesus' crucifixion in 24 Hours That Changed the World, Hamilton once again approaches a world-changing event with thoughtfulness. Using historical information, archaeological data, and a personal look at some of the stories surrounding the birth, the most amazing moment in history will become more real and heart-felt as you walk along this road.

Thoughts: Very glad I was able to get this book during the holiday season. It gave me a whole new perspective on certain aspects of the story, such as why Mary and Joseph were chosen, the meaning of the news being given to the shepherd and the wise men, why Jesus was born in the stable, etc. I would definitely recommend this book to everyone!
Posted by Teresa Kander at 11:56 AM No comments: