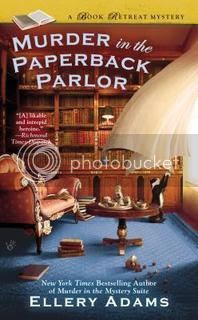 Synopsis: The New York Times bestselling Book Retreat mysteries feature Storyton Hall, the perfect getaway for literature lovers—except when a guest tries to get away with murder…
With Valentine’s Day just around the corner, Jane Steward is organizing a week of activities for fans of love stories at her book-themed resort. But her Regency readers barely have time to brush up on their Jane Austen before tragedy strikes Storyton Hall. Rosamund York, one of the most celebrated authors in attendance, is killed.Rosamund had as many enemies as she did admirers, including envious fellow novelists, a jealous former lover, and dozens of angry fans. It’s up to Jane, with the help of her book club, the Cover Girls, to catalogue the list of suspects and find a heartless killer quickly—before the murderer writes someone else off.

Review: Another great entry in the Book Retreat Mystery series. I fell in love with Storyton Hall and its various residents after the first book (Murder In The Mystery Suite). Getting to spend time with them again was exciting and fun.

This time around, it's nearly Valentine's Day, and there is a week of romantic literary events at the resort. Of course, romance is in the air for several couples, even after one of the visiting romance writers is murdered. And, of course, we're treated to Jane's training as the new Guardian of the Library, along with her twins, Fitz and Hem (Fitzgerald and Hemingway).

We're learning more about the secrets of the mansion with each book, and getting to know all of the characters better as well. The end of this book hints at things to come in the future, and I can hardly wait to see how they might play out.

I received an advance copy of this book from the author in exchange for an honest review. All thoughts and opinions are entirely my own. 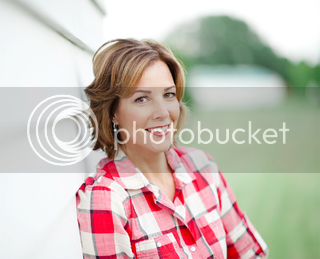 Ellery Adams grew up on a beach near the Long Island Sound. Having spent her adult life in a series of landlocked towns, she cherishes her memories of open water, violent storms, and the smell of the sea. Ms. Adams has held many jobs including caterer, retail clerk, car salesperson, teacher, tutor, and tech writer, all the while penning poems, children’s books, and novels. She now writes full-time from her home in Virginia.
Posted by Teresa Kander at 12:00 AM