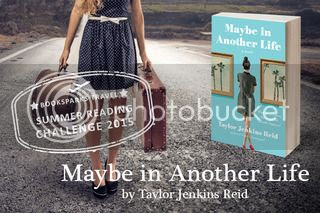 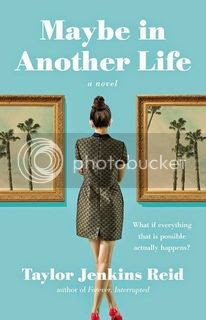 Synopsis: From the acclaimed author of Forever, Interrupted and After I Do comes a breathtaking new novel about a young woman whose fate hinges on the choice she makes after bumping into an old flame; in alternating chapters, we see two possible scenarios unfold—with stunningly different results.

At the age of twenty-nine, Hannah Martin still has no idea what she wants to do with her life. She has lived in six different cities and held countless meaningless jobs since graduating college. On the heels of leaving yet another city, Hannah moves back to her hometown of Los Angeles and takes up residence in her best friend Gabby’s guestroom. Shortly after getting back to town, Hannah goes out to a bar one night with Gabby and meets up with her high school boyfriend, Ethan.

In concurrent storylines, Hannah lives out the effects of each decision. Quickly, these parallel universes develop into radically different stories with large-scale consequences for Hannah, as well as the people around her. As the two alternate realities run their course, Maybe in Another Life raises questions about fate and true love: Is anything meant to be? How much in our life is determined by chance? And perhaps, most compellingly: Is there such a thing as a soul mate?

Hannah believes there is. And, in both worlds, she believes she’s found him.

Review: This is a totally new concept for an adult novel.  It's almost like those "choose your own story" books we read as kids. The alternating chapters reveal how Hannah's story would play out with each of the two choices.

Hannah is 29 and has never been able to stay in one place very long, or to decide on a career.  So now she's come "home" to Los Angeles to try to get her life on track. In which "reality" will that happen--or will it happen at all?

This is one of the best books I've read this summer. It was so much fun to read about the two different possibilities, to see how they each played out. It didn't take long for me to start rooting for one over the other, either. I laughed, I cried, I couldn't wait to read the next chapter!

I don't want to spoil the ending, but let's just say that if you read it expecting a nice, tidy, "happily ever after" romance read, you will be disappointed. This book is more about choices and their consequences than about romance.

I received a copy of this novel as part of the Booksparks Summer Reading Challenge, in exchange for an honest review. All thoughts and opinions are entirely my own. 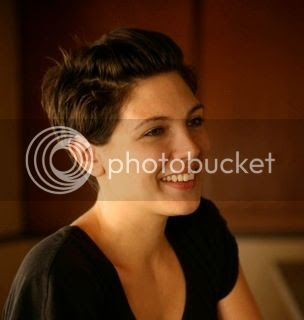 Taylor Jenkins Reid is an author and essayist from Acton, Massachusetts. Her first novel, Forever, Interrupted, was named one of the "11 Debuts We Love" by Kirkus Reviews. She lives in Los Angeles with her husband, Alex, and their dog, Rabbit. You can follow her on Twitter @tjenkinsreid.

I used to love to read the CYOA with my son when he was small. Maybe I should give this one a go. :)
@dino0726 from
FictionZeal - Impartial, Straighforward Fiction Book Reviews