An Empty Cup by Sarah Price 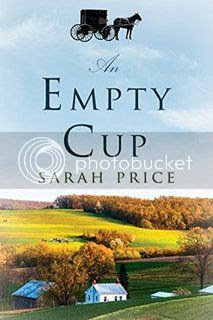 Synopsis: Amish woman Rosanna Zook lost her self-confidence within the confines of a loveless and abusive marriage. In the years spent quietly dealing with her burdens and dutifully caring for others, she forgot her sense of self and ability to feel. But after her first husband’s untimely death, she gets a second chance with Reuben Troyer, a godly man who welcomes Rosanna and her two children into his life.

Despite the love and respect she finds in her new marriage, Rosanna soon learns that juggling the demands of her family and church community is more than she can handle. When Rosanna becomes ill, she is forced to confront a hard truth: one empty cup cannot fill another. For a woman who has spent her life giving, will Rosanna finally be able to let go and receive?
Review: I am a huge fan of Amish fiction, but this one was not the usual sunshine and rainbows story. The main character is a woman who was married to an abusive alcoholic, who died in a car vs. buggy accident. She later remarries, and that relationship comes with issues of its own. Rosanna suffers under expectations (her own and those of others), until she finally reaches her breaking point.

This book holds a great lesson to all who give and give without knowing how to accept and receive help from others. It will stay in my mind for a long time.

All of the characters are well-developed, even the ones who are less than likable. The author keeps the story moving at a good pace, and keeps the reader engrossed from start to finish.

I received a copy of this book from Netgalley in exchange for an honest review. All thoughts and opinions are entirely my own.
Rating: Four stars
About the author 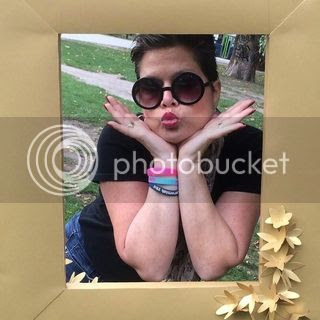 Sarah Price self-published her first book, Fields of Corn, in 2009, a book she wrote thirty years earlier while studying anthropology and writing at Drew University (Madison, NJ). With her Anabaptist upbringing, she was drawn to the amazing culture of the Amish of Lancaster County where Ms. Price is heavily involved with numerous Amish communities where she is considered family by some and friend by most others. Fields of Corn became an Amazon bestseller and fans began asking her for more books. In 2013, she signed with Realms, a division of Charisma House, to publish the Amish Classics series. Initially focusing on the retelling of Jane Austen's timeless classics from within an Amish setting, her first traditionally published book, First Impressions, A Retelling of Pride & Prejudice, debuted on the ECPA bestseller list. She intends to continue retelling classics, including the Bronte sisters and Victor Hugo, as she enjoys "raising the bar" on her own intellectual stimulation as well as that of her expansive base of loyal readers. In 2014, she signed with Waterfall Press and published An Amish Buggy Ride which because the #1 bestseller in Religious Romance. In 2015, she also began writing Young Adult fiction with her first book, Diehard Fangirl launching on April 17, 2015. Her focus is on helping young teenagers with self-esteem issues as well as educating parents about the good and the bad impact of social media on their daughtersFollow her on social media: Blog:http://www.sarahpriceauthor.com. Facebook:http://facebook.com/fansofsarahprice.Twitter: @SarahPriceAuthrInstagram: @SarahPriceAuthorGoodreads:https://www.goodreads.com/SarahPrice
Posted by Teresa Kander at 11:32 AM

I've read some Amish fiction. I'm like you; I wouldn't have expected those types of problems for the protagonist. Glad you enjoyed it.
@dino0726 from
FictionZeal - Impartial, Straightforward Fiction Book Reviews