BLOG TOUR: The Red Sun:Legends Of Orkney by Alane Adams 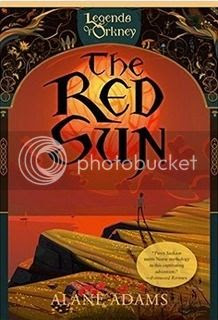 Synopsis: After meeting a strange dwarf in his garage and finding out his substitute English teacher is a witch, twelve-year-old Sam Baron travels through a stonefire to the magical realm of Orkney where he finally learns the truth about his past: his mother is a witch and his father is a descendant of the Norse god, Odin.
"The Red Sun" is the first book in The Legends of Orkney, the spellbinding series of adventure fantasy novels by Alane Adams. It follows Sam to the realm of Orkney where witches, wraiths, and other menacing creatures cause serious peril to the unsuspecting Sam. Now, it's up to him to save his friends and all of Orkney from a cursed red sun. Can a young witch girl named Mavery help him?Drawing on Norse mythology, this fantastical story will enthrall middle grade and tween readers with a taste for adventure. As Sam grapples with dark and dangerous elements from his past and confronts his own simmering anger over long ago events, "The Red Sun" sears with wild imagination and breathtaking moments. Follow "The Red Sun" for the high-flying magical ride of your life.

Review: A great book for fans of Harry Potter! Lots of magic and adventure, with comic interludes included.  The main character faces moral dilemmas and obstacles in ways which can be applied to the obstacles of young readers as well.

If my children were still young, I can imagine us reading this (and future books in the series) the same way we did the Harry Potter series--a chapter or two together every night, then discussing what we thought might happen next.

I would recommend this to all middle grade readers, particularly young boys. 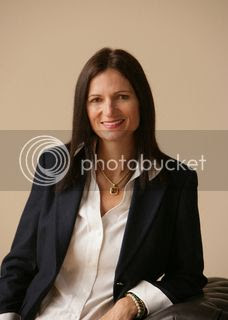 "Dear Readers: I wrote this book for my twelve-year-old son who challenged me to write something he would enjoy reading. The Red Sun is filled with exciting characters who struggle to find their true path. Sam learns so much about his past and how to overcome his anger, but will he continue to use his power for good or will he be drawn to the dark side? I hope you enjoy reading the Legends of Orkney series as much as I enjoyed writing them for you. Keep reading!" - Alane AdamsAlane Adams grew up in an old Quaker town called Whittier in Southern California. Adams attended Whittier High School and was active in every possible sport including basketball (proudly claiming the nickname Breakaway Adams!) and swimming and diving. For college, Alane attended the University of Southern California where she wanted to be an English major, but family convinced her to become an accountant to help run a family business. After spending the next few decades helping to build one of the largest recycling companies on the West Coast, Alane left the family business behind to pursue her writing career. Before launching into writing full-time, Alane began teaching full-time at a local university. Finally, the Legends of Orkney series was born when her then 12-year-old son challenged Alane to write a book he could read. She hasn't stopped writing since that day.Alane's favorite books include any story involving folklore, fantasy and fairytales. When Alane is not writing or teaching, she is hanging out with her three boys, each who have grown up having adventures to rival those of her characters. Find out more at: www.AlaneAdams.com
Posted by Teresa Kander at 12:00 AM