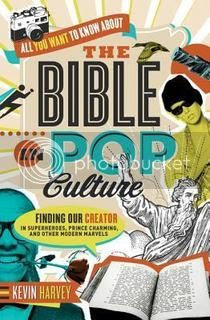 Synopsis: Somehow, it's hard to picture pop culture and Christianity going hand-in-hand, but maybe we simply aren't looking at things the right way. "All You Want to Know About the Bible in Pop Culture" reveals places where readers may be surprised to find redeeming values and gospel messages in today's movies, music, popular TV shows, and much more!

When you look closely, past the outrageous outfits and the antics of teen pop-sensations, it's easy to see that from the big screen to the small screen and right down to the radio waves, God and His stories are still prevalent in pop culture today. There are movies and television shows that speak eternal truth, reality show families who represent believers well, even fictional Christians portrayed in a positive light. And if you listen closely, musicians are still conversing with God as the original songwriters of the Bible did. For the reader searching for meaning in media today, "All You Want to Know About the Bible in Pop Culture "is the perfect choice.

Review: I was fascinated by the premise of this book. Finding God in pop culture might make it easier to spread the message to non-believers, after all.  Unfortunately, most of the book was just too far-fetched for me to get behind.  Comparing Superman to Jesus? Give me a break!!!

By the time I finished, I felt as though the author were writing in an attempt to "Christianize" television shows and movies which he enjoys, rather than showing actual ways they relate to the Bible or our faith.

The fact is, we can enjoy some pop culture just for BEING pop culture, without it needing to have religious connotations.

I received a copy of this book from BookLookBloggers in exchange for an honest review. All thoughts and opinions are entirely my own.

Posted by Teresa Kander at 1:43 PM

Email ThisBlogThis!Share to TwitterShare to FacebookShare to Pinterest
Labels: all you want to know about the bible in pop culture, booklookbloggers, christianity, kevin harvey, pop culture

Hi - Not sure I'd like this enough to give it a try. Thanks for the review.
@dino0726 from
FictionZeal - Impartial, Straightforward Fiction Book Reviews