BLOG TOUR: Give 'Em Pumpkin To Talk About by Joyce Lavene 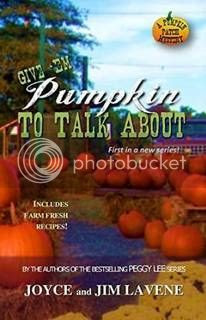 Synopsis: Richmond attorney Sarah Tucker returns to sell her family’s abandoned farm in Misty River, Virginia despite unanswered questions about her grandparents’ disappearance sixteen years earlier. Sarah was only twelve when she went to visit and found her grandparents had vanished. No amount of searching has brought answers.
Now Sarah is faced with other issues when a man is killed who claimed to have information about what happened to her grandparents. She learns of a Confederate chest of gold that is said to be buried on the property, and treasure hunters who are willing to do anything to get their hands on it. Were her grandparents murdered for the gold? Sarah can’t sell the land and go back to her life until she has answers. But the cost of the answers may be her life. Includes farm-fresh recipes!

Review: Another new series from the Lavenes, and it looks to be another success. There are mentions of people and events from two other series they write, as well as appearances by characters from the Peggy Lee series, which makes this new series feel even more comfortable.

There are two mysteries in this book--what happened to Sarah's grandparents sixteen years ago, and who killed the man who had offered her information on their disappearance? Do either of those events have anything to do with the gold reportedly buried on the farm, or is there something else at work here?  And readers will also be drawn into Sarah's quandary about whether to sell the farm or to stay and bring the pumpkin patch back to what it used to be in her childhood. Will Jack, her first crush, who has been watching over the farm, influence her decision one way or the other?

The story is a quick easy read, with complications at every turn. The new characters are well-developed, yet leave you anxious to learn more about them in future books. 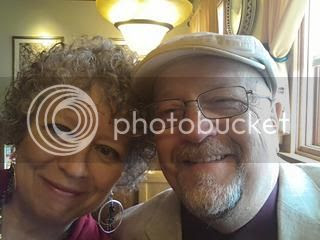 Joyce and Jim Lavene write award-winning, bestselling mystery and urban fantasy fiction as themselves, J.J. Cook, and Ellie Grant. Their first mystery novel, Last Dance, won the Master's Choice Award for best first mystery novel in 1999. Their romance, Flowers in the Night, was nominated for the Frankfurt Book Award in 2000.They have written and published more than 70 novels for Harlequin, Penguin, Amazon, and Simon and Schuster that are sold worldwide. They have also published hundreds of non-fiction articles for national and regional publications. They live in Midland, North Carolina with their family and their rescue pets--Rudi, Stan Lee, and Quincy. Visit them at:www.joyceandjimlavene.com www.facebook.com/joyceandjimlavene http://amazon.com/author/jlavene https://twitter.com/AuthorJLavene 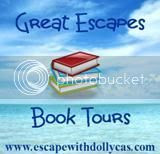 Thanks for hosting us here on our blog tour, Teresa!

Thanks, Teresa! I think this is going to be a great new series, too!