Welcome to my stop on the blog tour for

Meet Kenzie en Shareed, the High Clan Chief’s daughter who is sent south to fulfill a treaty by marriage only to marry the wrong man; Kadrean Authier, the Crown Prince who must come to terms with his new bride, even if he doesn’t much like the idea; Garron D’Arbonne, a noble Lord who has been commanded to marry a cool and aloof princess he doesn’t love; and Vivianne Chappelle, a young and ambitious woman who is in love with her abusive father’s manservant and must find a way to avoid having her entire future decided for her.

Fate and wills collide in this Shakespearian-style romantic comedy about good intentions and their unintentional consequences.

Follow the Tour to Read Reviews, Guest Posts, and Spotlights:

With a background in Drama and Communications from the University of Windsor, Murandy Damodred (left) enjoys fantasy fiction with strong romantic subplots. She is an avid roleplayer and is happiest when living vicariously through her characters. Though she’d rather think of herself as the heroine of her next novel, in the real world she is an expert in sales and management living in Windsor, Ontario.

From obtaining a BA in Drama at the University of Windsor to becoming an entrepreneur in video game production and later, publishing, Justine Alley Dowsett’s unswerving ambition has always led her to pursue her dreams. Today she lives in Windsor, Ontario and is still writing and publishing fiction novels. When not focusing on growing her business, she enjoys role-playing with friends and developing new ideas to write about.


GUEST POST BY JUSTINE ALLEY DOWSETT: Five Ways To Escape To A Fantasy Setting Without Leaving The "Real World"

When writing Unintended, Murandy and I did a lot of ‘research’, which is to say that we took every opportunity to immerse ourselves in medieval culture. You know what I’m talking about; princes and princesses, castles, horses, and handwritten letters. Here’s a list of 5 ways we found that you can use to escape the ‘real world’ for a little while…
1. Explore a castle or other historic site
We chose Casa Loma in downtown Toronto because it’s really the only castle that you can find in Southwestern Ontario, but even still, it was a great experience. As far as castles go, it’s not that old and it’s not that big, but it helped to get an idea of the scope of what our characters would be dealing with. And for a bonus, it has secret passageways to explore and an escape tunnel that leads to the greenhouse! 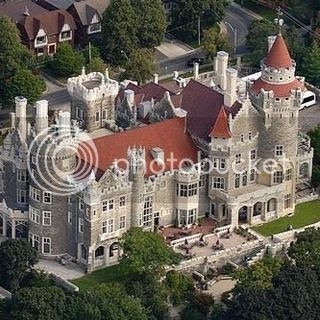 2.   Go horseback riding or hiking
I’m sure Murandy regrets our decision to go horseback riding, seeing as she fell from her horse minutes out of the stables and broke her collarbone, but I’ve always wanted to go. If, like Murandy, horses are really your thing, you can always go for a hike. The important thing is to get away from civilization for a while so you can get a taste of what it might have been like back before cars and electricity.

3. Check out your local society for historical re-enactment or visit a renaissance faire
Murandy and I both used to belong to a sword-fighting group called ‘Grand Melee’ where we’d compete in tournaments locally. I learned a lot and it was a great way to stay fit. There are lots of medieval re-enactment groups to be found where you can get a similar experience, or some places host renaissance faires where you can immerse yourself in the culture for a day. Of course, there’s always Medieval Times, as well! 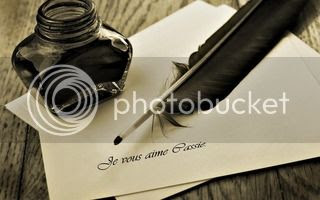 4. Write a letter with quill and ink

We did this a lot, actually. Ink can be found at your local craft store and we bought our quills from Chapters, but you can find them online if you need to. We also got a hold of some decent stationary and a wax seal. (Yes, we take our ‘research’ very seriously!) Armed with these supplies, Murandy and I spent a good deal of time penning letters to one another. Most of these were in character, which helped to set the tone as well!


5. Watch a movie, television show, or read a good book
Game of Thrones is a really popular one right now, but there are lots of TV shows, movies and books that can take you away. In fact, our publishing house, Mirror World Publishing, is all about escapism, so that’s a good place to start! Of course you can always just read Unintended...
Posted by Teresa Kander at 12:00 AM

Thank you so much for hosting Unintended today!!

Wow! You guys really do take your research seriously! Congrats on a future best seller!!!

Thank you so much for hosting us, we really appreciate it! :)