Dumpster Dying & Grilled, Chilled and Killed by Lesley A. Diehl 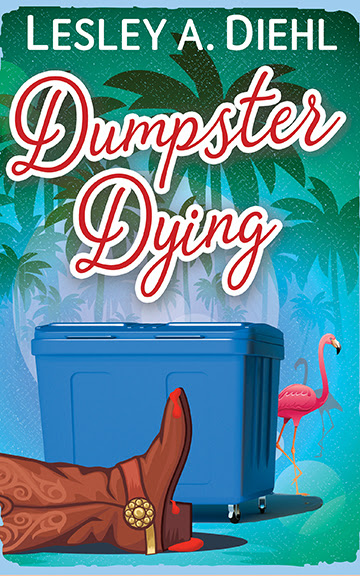 Emily Rhodes came to rural Florida for the cowboys, the cattle, and to do a little country two-step, not to fall head first onto a dead body in a dumpster. Ah, the golden years of retirement in the sunshine state. They’re more like pot metal to Emily, who discovers the body of the county’s wealthiest rancher in the Big Lake Country Club dumpster. With her close friend accused of the murder, Emily sets aside her grief at her life partner’s death to find the real killer. She underestimates the obstacles rural Florida can set up for a winter visitor and runs afoul of a local judge with his own version of justice, hires a lawyer who works out of a retirement home, and flees wild fires hand-in-hand with the man she believes to be the killer.

Review: Emily Rhodes is not your typical crime solver. She is a petite blonde retired preschool teacher with a penchant for forgetfulness and basically an accident looking for a place to happen. And she's not a "sweet young thing," either, as she is just shy of fifty.

Emily has just recently lost her love of ten years to a heart attack, and finds herself in a precarious legal situation as they were never married, and he never changed his will after his divorce...which means fighting his ex-wife for the home Fred and Emily shared. She also needs a job, which is how she comes to work at the Big Lake Country Club as a bartender, which is where she discovers a dead body in the dumpster.

There are lots of twists and turns in this story as both Emily and her boss Clara are under suspicion as the investigation progresses. We also get to meet Emily's grown daughter, Naomi, as well as Clara's father and her son. The family dynamics are well-developed and realistic.

While there is plenty of suspense and action in this story, it also contains enough humor to keep the reader smiling (particularly the asides about the various male characters).

In the end, this is wonderful story of friendship and family, and this is a series I would highly recommend to all cozy fans. 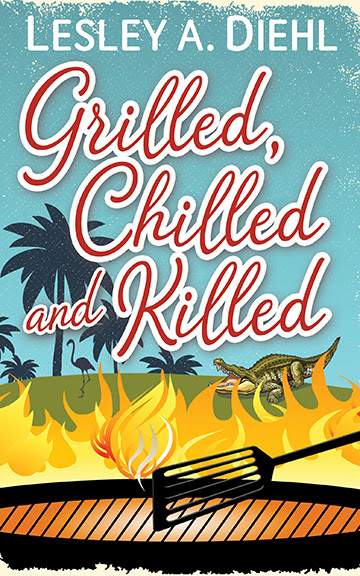 It seems as if Emily is destined to discover dead bodies. This time she finds one of the contestants at the local barbecue cook-off dead and covered in barbecue sauce in a beer cooler. She should be used to stumbling onto corpses by now and the question of who killed the guy should pique her curiosity, but Emily decides to let Detective Lewis handle this one, at least until she figures his theory of who did the deed is wrong, wrong, wrong. Lewis’ denigration of Emily’s speculations is condescending enough to stimulate her dormant snooping skills. As the two of them go on their separate paths to find the killer, Lewis’ old partner, Toby the dirty, tobacco-spitting cop interferes in the investigation leaving Lewis with the wrong man in jail. Killers, bootleggers, barbecue and feral pigs—it’s a lethal game of hide and seek in the Florida swamp.

Review:  This book was just as much fun to read as the first one, if not more so. This time around, Emily discovers a dead body at the local barbecue cook-off.  Once again, Detective Lewis finds it "suspicious" that she has discovered the victim, and treats her like the prime suspect.

The characters from the first book return, including the two villians (they just won't go away!). This time around, Emily and crew face bootleggers and feral pigs while trying to solve the murder. You can just imagine the humorous situations those cause!!

Emily has two men in her life in this story. I am definitely on the side of one over another, but I will keep that opinion to myself.  :)

I am loving this series, and can't wait to read more about these folks! 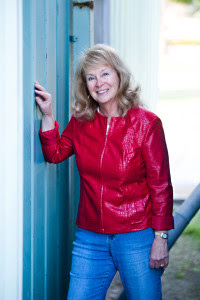 Lesley retired from her life as a professor of psychology and reclaimed her country roots by moving to a small cottage in the Butternut River Valley in Upstate New York. In the winter she migrates to old Florida—cowboys, scrub palmetto and open fields of grazing cattle, a place where spurs still jingle in the post office, and gators make golf a contact sport. Back north, the shy ghost inhabiting the cottage serves as her literary muse. When not writing, she gardens, cooks, frequents yard sales and renovates the 1874 cottage with the help of her husband, two cats and, of course, Fred the ghost, who gives artistic direction to their work. She is the author of a number of mystery series and mysteries as well as short stories. The third book in the Eve Appel murders (from Camel Press) A Sporting Murder was awarded a Readers’ Favorite Five Star Award and her short story Gator Aid a Sleuthfest (2009) short story first place. She has fired the alligator that served as her literary muse when she is in Florida and is interviewing applicants for the position.