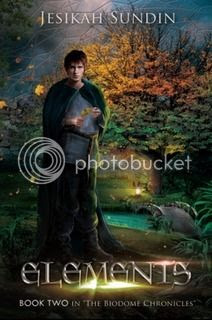 Synopsis: New Eden Township is more than a dungeon for Fillion Nichols. The medieval biodome community, where Fillion is serving time, is a birthright that torments his life and threatens his future. Sealed inside the experimental Mars colony, there is no escape from anyone, especially the young woman who has haunted his thoughts for nearly six years. To preserve his sanity, he focuses on one goal – decoding the mystery behind the Watson deaths.
It is a mission that shatters his distorted perceptions of reality and helps rebuild the fractured elements of his life.Meanwhile, to prove his worth to the Daughter of Earth, a young nobleman ventures beyond the walls of the biodome and experiences the Outside world for the first time. But his quest takes an unpredictable turn when he meets Lynden Nichols and Mack Ferguson, who draw him into their world – a community also confined and isolated by society. The Anime Tech Movement’s computer underground is far from the rustic, honorable life the young nobleman knows. Yet, he discovers familiar elements within the high tech subculture that may sustain the home he left behind.As worlds converge, each young man faces a choice that will affect the survival of an entire community. And to save the generation they fight for, both men must defy the boundaries of everything they know. Youth cultures collide as The Biodome Chronicles continues in a compelling quest for truth, forging an unforgettable story rich in mystery, betrayal and love.

Review: I read the first book in this series last year, and I have been waiting impatiently for this one ever since. I was definitely not disappointed!

Once again, the book starts out a little slow, but it doesn't take long for it to pick up. When it does, the reader is in for a wild ride. The chapters alternate between the characters inside and outside the biodome, but after a while the two are so connected that the switches don't make a difference.

We learn so much more about The Code and its ramifications in this book. One of those ramifications leaves us with a cliffhanger (hurry up and write the third book, Jesikah!) which is going to prey on my mind for a long time to come.

Jesikah Sundin is a multi-award winning sci-fi/fantasy writer mom of three nerdlets and devoted wife to a gamer geek. In addition to her family, she shares her home in Monroe, Washington with a red-footed tortoise, two gerbils, and a collection of seatbelt purses. She is addicted to coffee, laughing, and Doc Martens... Oh! And the forest is her happy place.

Oh wow. That does sound really interesting and most certainly unique. Medieval biodome on Mars? That's a hook!