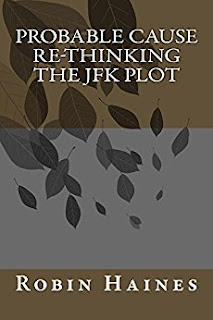 This book is a refreshing new look at the JFK Conspiracy theories. After years of meticulous research the author has compiled new evidence to suggest a different theory on this important moment in our nation’s history.

It is a must read for anyone interested in a different view of the JFK assassination.

Review: This book presents a very different look at why the Kennedy assassination occurred, and even if should be classified as an assassination. While I don't necessarily agree with the author's theory, I can appreciate the time and effort she put into it. She is very passionate about her views.

Perhaps it was a legitimate covert intelligence operation of the US Government. Could it be that JFK wasn’t murdered and his death was staged to appear to be a homicide?

The author outlines a moral motive for the assassination, and an explanation in the way the assassination was staged. The focus of this alternative theory revolves primarily around three men, who she claims are the most important figures involved in planning and executing the death of JFK. There apparently were many other people linked to this, but she discusses these three people; the main man who ran the operation and the other two who basically planned it. Before their deaths they both confessed to their involvement and that they planned the assassination. At the time when this theory was first written during the early 1980’s, most of these people were still living, however, by now they are deceased.

The author claims the president voluntarily co-operated with his senior Intelligence Officers in a massive deception which was carried out as a means of Civil Defense.

The possibility does exist that JFK had to die in order to save America. The Deception In Dallas may have been the only alternative to nuclear war.

In this book the author challenges both the Warren Commission findings as well as some ideas which have been presented by the criminal conspiracy theorists. 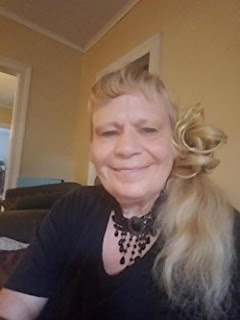 Robin Haines was born in Jersey City, New Jersey on March 20th 1953. Her mother was a journalist for a newspaper called the Hudson Dispatch which later became the Jersey Journal Dispatch. She was a Religion Editor who also covered theater, and entertainment and occasionally, covered stories about politics. Her father was a wine salesman who eventually became a cab driver. Both of her parents are now deceased.

She graduated from Weehawken High School in June of 1972. She attended Manhattan School of Music and took some extension courses at Julliard in Theory and Composition but did not obtain a degree.

She resided in Weehawken, New Jersey until she was 29. Then she relocated to Winchester, Virginia, where she still lives today. She has never been married.

Her many interests include politics, religion, military, and American History. She also enjoys horseback riding, theater, and current events.

The author deeply believes that the many controversies, especially the one involving the JFK Assassination which is still hanging over us from the 1960’s and 70’s need to be resolved. Final closure should be brought to these things while there are still some people living who have firsthand knowledge of them.

She hopes that out of all this tragedy, some new laws, and treaties will be passed. One of which will require that all public figures seeking election to the Presidency and Vice Presidency of the U.S. must be subject to a top secret national security background check for the highest level of clearance. This would definitely serve as a deterrent to prevent a situation like this from arising here again.

Visit us at Pump Up Your Book!

Posted by Teresa Kander at 9:52 AM

Thank you so very much for hosting my book today. Your presentation looks great!