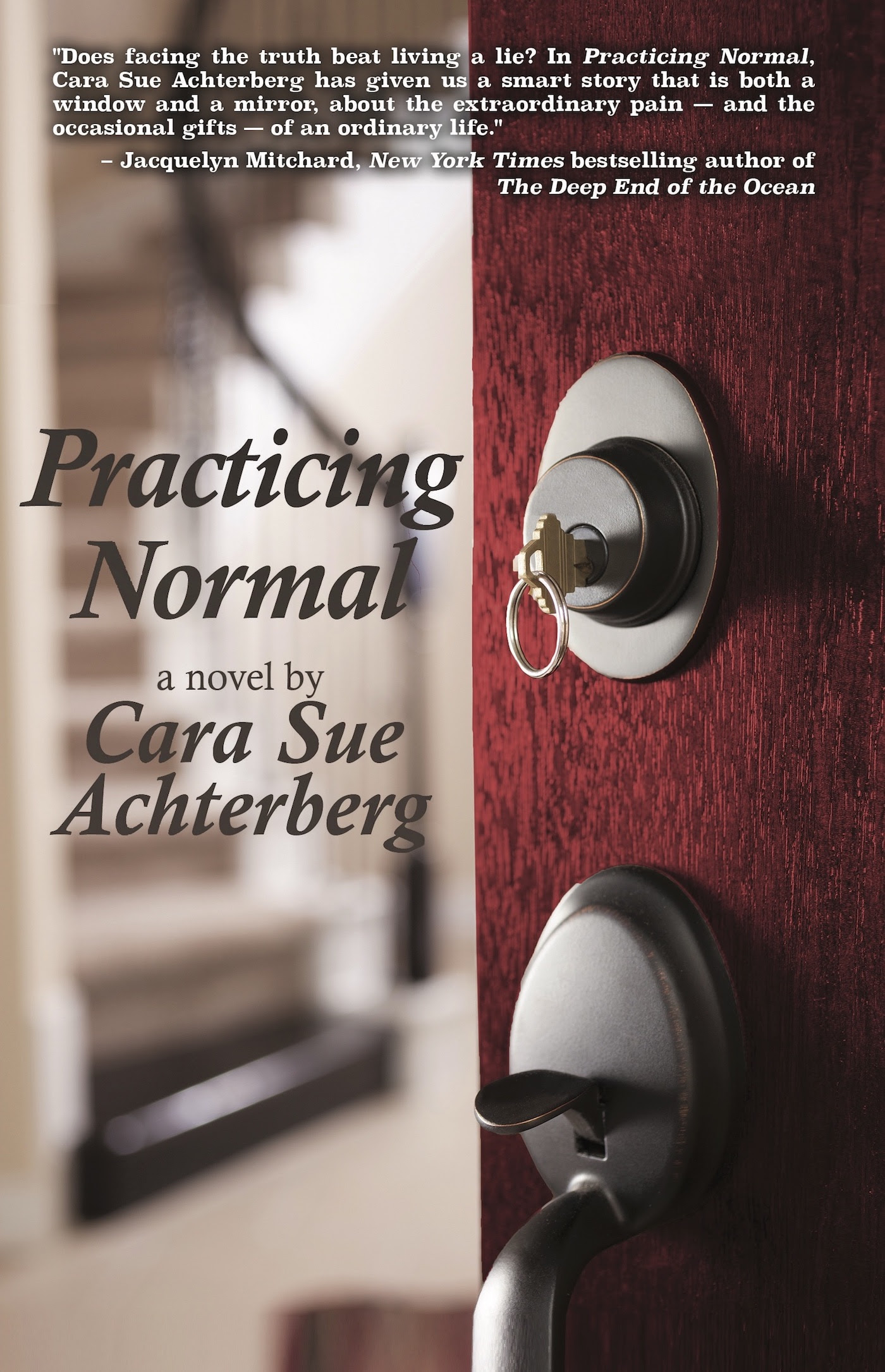 
Get Your Copy of Practicing Normal by Cara Sue Achterberg on Amazon, Barnes & Noble, Goodreads!

The houses in Pine Estates are beautiful McMansions filled with high-achieving parents, children on the fast track to top colleges, all of the comforts of modern living, and the best security systems money can buy. Welcome to normal upper-middle-class suburbia.
The Turners know in their hearts that they're anything but normal. Jenna is a high-schooler dressed in black who is fascinated with breaking into her neighbors' homes, security systems be damned. Everett genuinely believes he loves his wife . . . he just loves having a continuing stream of mistresses more. JT is a genius kid with Asperger's who moves from one obsession to the next. And Kate tries to manage her family, manage her mother (who lives down the street), and avoid wondering why her life is passing her by.
And now everything is changing for them. Jenna suddenly finds herself in a boy-next-door romance she never could have predicted. Everett's secrets are beginning to unravel on him. JT is getting his first taste of success at navigating the world. And Kate is facing truths about her husband, her mother, and her father that she might have preferred not to face.
Life on Pine Road has never been more challenging for the Turners. That's what happens when you're practicing normal.
Combining her trademark combination of wit, insight, and tremendous empathy for her characters, Cara Sue Achterberg has written a novel that is at once familiar and startlingly fresh.

Review: I love the title of this book--at most times, we're ALL just "practicing normal," hoping the rest of the world doesn't see past that to dysfunction we're trying to hide.

The author gives us this story from the perspective of three of the family members: dad Everett, mom Kate, and daughter Jenna. For me, this gives us a deeper look into what's going on than just having one person's perspective.

Everett and Kate, and their relationship, really frustrate me. Everett seems to think there is nothing wrong with having a constant revolving door of mistresses, and Kate, who knows about them, allows him to get away with it so she can keep her family together. For me, no matter how much you want to give the impression of being a "normal" family, there are still certain behaviors which shouldn't be acceptable--and serial cheating is definitely one of them. And there is an incident we learn about between Kate and Everett which would ABSOLUTELY have had me showing him the door, with or without the cheating (in fact, it is something which contributed to the end of my second marriage, which could be why I reacted to it so intensely.)

Jenna has her share of issues, but she seems to be self-aware and honest about them. And she is generally very good to her brother, able to relate to him in some caring, loving ways. The idea of her breaking into houses just to spend time there, not to steal things, is rather heartbreaking for me. It's like she needs to go elsewhere and fantasize about a different sort of life.

By the end, some major decisions are made, and life is beginning to change.

This is the second book I've read by the author, and I enjoy her style and her ability to take us deep inside the minds of her characters.

"Does facing the truth beat living a lie? In PRACTICING NORMAL, Cara Sue Achterberg has given us a smart story that is both a window and a mirror, about the extraordinary pain ― and the occasional gifts ― of an ordinary life."
– Jacquelyn Mitchard, New York Times bestselling author of THE DEEP END OF THE OCEAN
"What does it really mean to have a normal life? Achterberg's stunning new novel explores how a family can fracture just trying to survive, and how what makes us different is also what can make us most divine." – Caroline Leavitt, author of CRUEL BEAUTIFUL WORLD and the New York Times bestsellers PICTURES OF YOU and IS THIS TOMORROW
"PRACTICING NORMAL takes a deep dive into the dysfunctional dynamics of a 'picture perfect family.' A compelling story about the beautiful humanity in the most ordinary of lives: from first love to a marriage on the downward slide to an unexpected family tragedy. Achterberg handles each thread with tender care and we can't help but root for every member of the Turner family."
– Kate Moretti, New York Times bestselling author of THE VANISHING YEAR 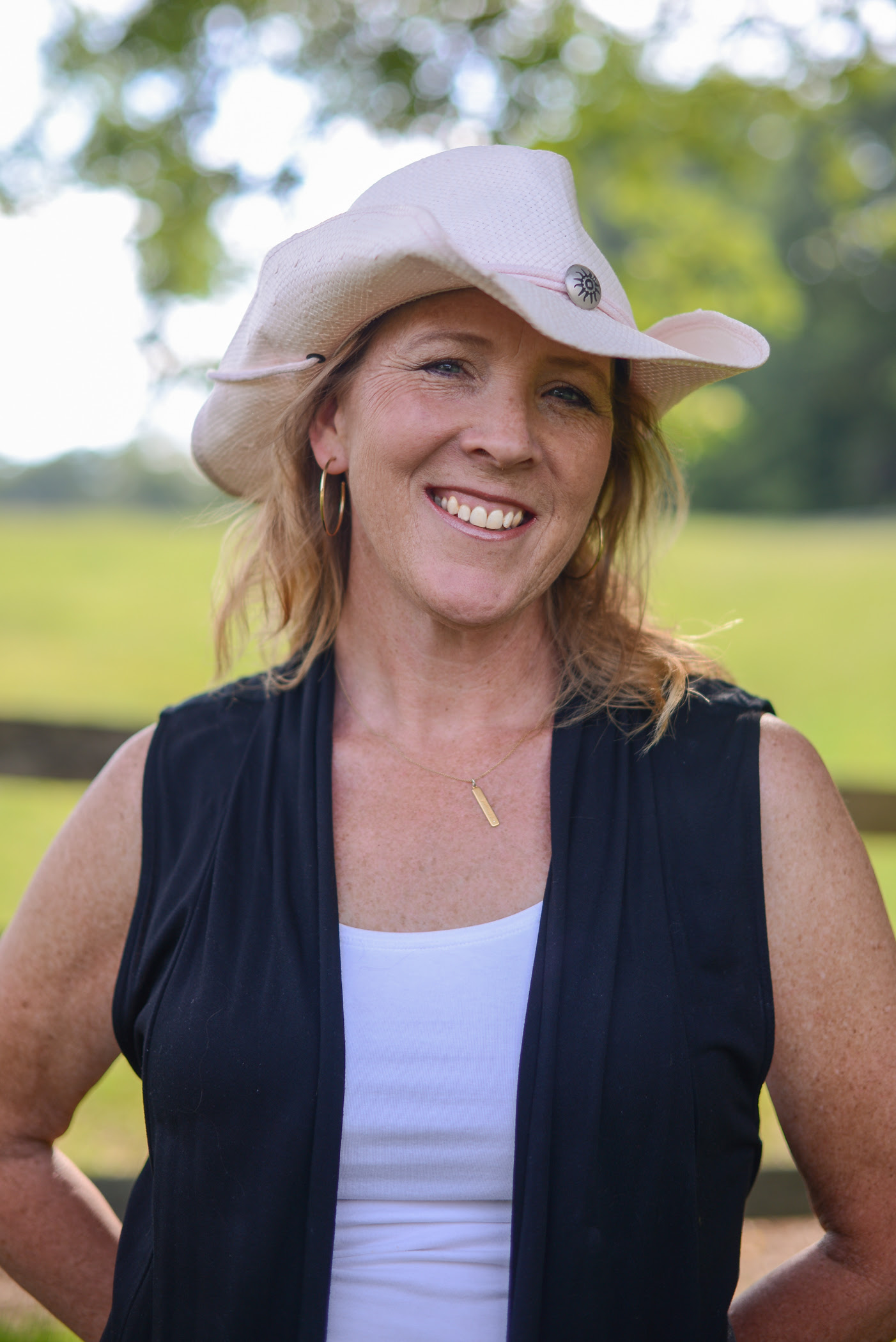 Cara Sue Achterberg is a writer and blogger who lives in New Freedom, PA with her family and an embarrassing number of animals. Her first novel, I’m Not Her, was a national bestseller, as was her second, Girls’ Weekend. Cara’s nonfiction book, Live Intentionally, is a guide to the organic life filled with ideas, recipes, and inspiration for liv- ing a more intentional life. Cara is a prolific blogger, occasional cowgirl, and busy mom whose essays and articles have been published in numerous anthologies, magazines, and websites. Links to her blogs, news about upcoming publications, and pictures of her foster dogs can be found at CaraWrites.com.
CaraWrites.com | Cara Sue Achterberg on Twitter | Cara Sue Achterberg on Facebook


This is a rafflecopter giveaway hosted by Providence Book Promotions for Cara Sue Achterberg and The Story Plant. There will be 1 winner of one (1) Amazon.com Gift Card and 5 winners of one (1) eBook copy of Girls' Weekend by Cara Sue Achterberg. The giveaway begins on June 1, 2017 and runs through August 3, 2017. Void where prohibited by law.